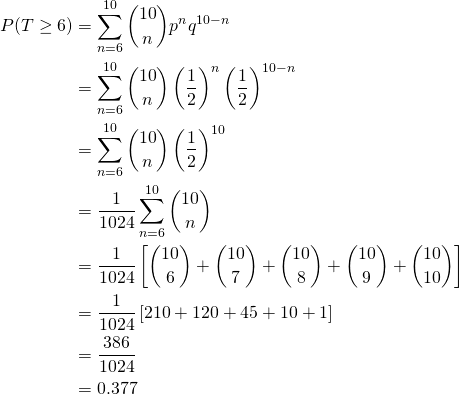 The most common mode of CRT display failure in the TDS 500~800 series (Monochrome models) is the flyback transformer. The symptom is that after leaving the screen on for a couple of hours, the screen started stretching vertically until it disappears.

It also happens the failure only happens to a batch of CRT boards. The batch I’ve seen looks new (with modern markings that tells you the purpose of the trimpots) and lightly used, so I’m sure it’s infant mortality. Here’s the broken CRT driver board to be repaired: There’s practically nowhere you can find this obsolete replacement because it’s not a common configuration. I sourced a batch from China that claimed the part number, and I spent whole day cursing the vendor when the flyback transformer arrived. Here’s what I saw: The one on the right was the broken original flyback transformer, and two on the left were my new orders. Not only that the shapes are completely different, the number of pins doesn’t even match. WTF?!!!

The seller told me that it works. Forget about how to fit that in the board for a moment. How the f*** am I supposed to know which pins goes to which spot? Not to mention there are 11 dots when the original only has 8+1 (actually 7+1, pin#8 is not used). I said dots instead of pins because not all of them are populated with a pin, and the pins that are missing were not even consistent across the transformers in the batch.

I cannot even guess with a multimeter because it’s not a simple, uniform transformer. Even if I know which ones are connected, I could have ruined the whole thing by having the wrong number of coil turns/inductances because I switched a pair or two!

I had to push the seller really hard for him to dig up the actual mapping and draw me the pinouts on the pictures I’ve sent him (I’m sure the whole batch will be trash if I could not communicate with them in Chinese). The ‘product’ must have been designed and the manufacturing line ran by a bunch of village idiots. Nothing is right about it other than the windings inside are electrically usable (can’t even say compatible because I need to hack it really hard to get the correct display). Here’s the pinout: Here’s another transformer that doesn’t have the ground pin (unnumbered), turns out the transformer works without it: The space inside the oscilloscope case is pretty tight, and I managed to find one orientation that lines up with the case nicely, but it’s ugly as hell: I held it down with hot-glue, caulk to stabilize it. A rubber band was put over it so that if the glue fails, the transformer won’t roll inside the compartment causing mayhem (later units I used cable ties since rubber band might deteriorate with heat. You get the idea.): I have a few of these transformers available for $80/pc. Unless you have the time on your hands to figure out the details, the learning curve is so steep that I wouldn’t recommend DIY.

If time is pressing and/or you don’t want to ship the unit back and forth, I have ready-made CRT driver boards for $300 (provided that you send me a bad CRT driver board). Of course, you have to do the CRT screen adjustments yourself since each tube is different.

If you are not a hobbyist and don’t want the hassle of disassembling whole bunch of stuff just to take out the CRT driver, rebuild it with the said flyback transformer and re-tuning the CRT driver (not only it’s a huge pain, the working room is very tight if you don’t have the extension cables), I recommend sending the unit to me for a $460 full CRT surgery (you pay for shipping costs both ways). I also charge a lot less if you combine it with other services such as re-capping (strengthening), NVRAM replacement, etc, in one trip.

The code itself reeks a very ‘smart’ beginner who didn’t RTFM. The code is so smart (shows some serious thoughts):

but yet so dumb (hell of unwise, absolutely no good reason for almost every ‘thoughtful’ act put in) at the same time. Definitely MIT: Make it Tough!

This code pattern is so wrong in many levels:

Actually, eval() is not even needed to achieve all the remaining evils above. Could have used S_in = cell2struct(varargin) and varargout=struct2cell(S_out) instead if one really wants to control the list of variable names manually!

The hurtful sins above came from not knowing a few common cell packing/unpacking idioms when dealing with varargin and varargout, which are cells by definition. Here are the few common use cases:

One good example combining all of the above is to achieve the no-output argument example in #2 yet neatly return the variables in the workspace directly by name.

I could have skipped nargs in manage_return_arguments() and use evalin(), but this will make the code nastily non-transparent. As a bonus, nargs can be fed with min(nargout, 3) instead of nargout for extra flexibility.

With the technique above, wfdbdesc.m can be simply rewritten as:

Unless you are forwarding variable arguments (with technique#1 mentioned above), input arguments can be (and should be) named explicitly. Using varargin would not help you avoid padding the unused input arguments anyway, so there is absolutely no good reason to manage input variables with a flexible list. MATLAB already knows to skip unused arguments at the end as long as the code doesn’t need it. Use exist('someVariable', 'var') instead.

The general wisdom about eval() is: do not use it! At least not until you are really out of reasonable options after consulting more than 3 experts on the newsgroups, forums and support@mathworks.com (if your SMS is current)!

Abusing eval() turns it into evil()!

The elves running inside MATLAB needs to be able to track your variables to reason through your code because:

This is called ‘transparency’: MATLAB has to see what you are doing every step of the way. According to MATLAB’s parallel computing toolbox’s documentation,

which I used as a subtitle of this post.

The 3 major built-in functions that breaks transparency are:

They should have been replaced by skillful use of dynamic field names, advanced uses of left assignment techniques, and freely passing variables as input arguments (remember MATLAB uses copy-on-write: nothing is copied if you just read it).

There are other frequently used native MATLAB functions (under certain usages) that breaks transparency:

The good practices to avoid non-transparent load/save also reduces namespace pollution. For example, inputname() peeks into the caller to see what the variable names are, which should not be used lightly. The example above is one of the few uses that I consider justified. I’ve seen novice abusing inputname() because they were not comfortable with cells and structs yet, making it a total mindfuck to reason through.